“An Amyloid-Like Pathological Conformation of TDP-43 Is Stabilized by Hypercooperative Hydrogen Bonds” has been published in Frontiers in Molecular Neuroscience. This work was supported in part by JPND through the RiMod-FTD project, selected for support in the 2012 risk factors call.

“A Dietary Fiber-Deprived Gut Microbiota Degrades the Colonic Mucus Barrier and Enhances Pathogen Susceptibility” has been published in Cell. This research was supported in part by JPND through the BIOMARKAPD project, selected for support in the 2011 biomarkers call. 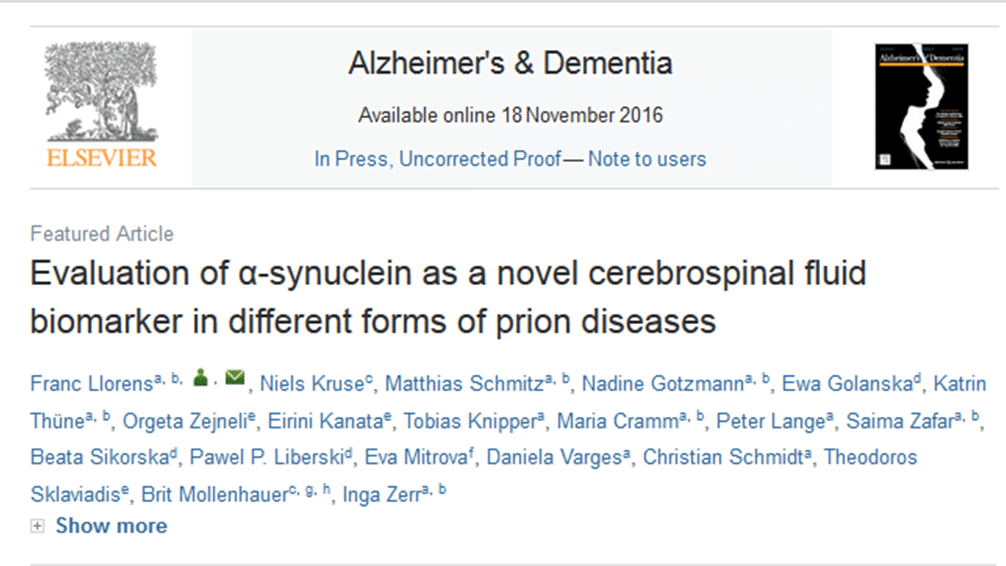 “Evaluation of α-synuclein as a novel cerebrospinal fluid biomarker in different forms of prion diseases” has been accepted for publication in Alzheimer’s & Dementia. This work was supported in part by JPND through the DEMTEST project, selected in the 2011 biomarkers call.

“Physical and cognitive fitness in young adulthood and risk of amyotrophic lateral sclerosis at an early age” has been published in the European Journal of Neurology. This work was supported in part by JPND through the STRENGTH project, selected in the 2012 risk factors call.

The OECD has published a new report summarising the second Lausanne Workshop on “Global Action to Drive Innovation in Alzheimer’s disease and other Dementias – Connecting Research, Regulation and Access.” The workshop was held on 15-16 December 2015 in Lausanne, Switzerland.

The aim of this workshop was to review the policy and stakeholder actions needed to accelerate biomedical research and health innovation for Alzheimer’s disease and other dementias. Among stakeholders, there was a consensus that a move to action-oriented programmes and implementation in Alzheimer’s disease was critical.

To download the full report, entitled “Global Action to Drive Innovation in Alzheimer’s Disease and Other Dementias,” click here.

With the aim of assessing participant satisfaction with the 2015 JPco-fuND call, in March and April 2016 JPND surveyed the project coordinators of all submitted proposals. Responses to the survey were compiled, analysed and condensed into a series of conclusions that will be used to inform and improve future calls.

There is clinical, genetic and biochemical evidence that similar molecular pathways are relevant in different neurodegenerative and other chronic diseases. Therefore, JPND will launch a call for multidisciplinary proposals to perform network analyses across such diseases and to elucidate the underlying mechanisms involved. Research proposals may:

The following neurodegenerative diseases are included in the call:

Cross-disease analysis may solely comprise different neurodegenerative diseases or include other chronic diseases (e.g. chronic mental or physical disorders). Up to six research groups from at least three different countries may collaborate within a consortium.

This will be a two-step call, expected to be launched in early January 2017, with a likely pre-proposal submission deadline in March 2017. Further details will be provided with the official launch of the call. 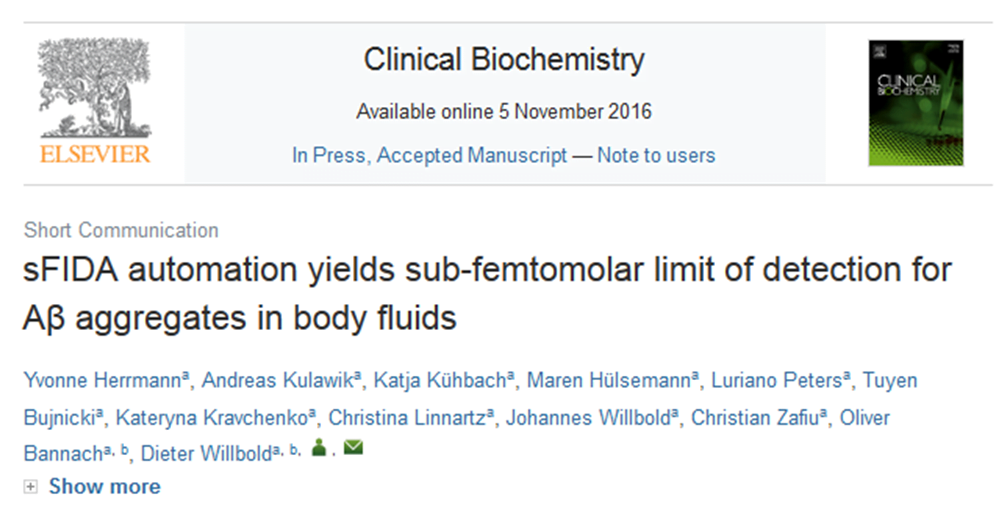 “sFIDA automation yields sub-femtomolar limit of detection for Aβ aggregates in body fluids” has been published in Clinical Biochemistry. This work was supported in part by JPND through the BIOMARKAPD project, selected for support in the 2011 biomarkers call.

Researchers have known that the peptide amyloid beta plays a role in causing Alzheimer’s disease, but they are still working to determine how it becomes toxic.

Researchers have found that amyloid beta must change its internal structure into a long, flat structure called a beta sheet to be absorbed into the cell and become toxic. Results of the research were published in the Journal of Biological Chemistry.

The researchers found that the amyloid beta protein structure that was able penetrate the cell had a specific type of beta sheet in which its peptides stacked onto each other, similar to a layer cake.

Alzheimer’s researchers have had a long-standing debate on whether amyloid beta is toxic before entering the nerve cell or after entering the cell. Amyloid beta can interfere with the mitochondria, or the cell’s energy powerhouse. This causes the cell to stop breathing and leads to eventual cell death. Studies of patients with late-stage Alzheimer’s disease reveal the death of many nerve cells in the brain.

With this knowledge, the researchers can investigate what happens next to amyloid beta once inside the cell and how it interacts with the mitochondria.