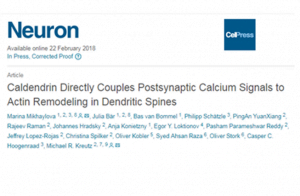 "Caldendrin Directly Couples Postsynaptic Calcium Signals to Actin Remodeling in Dendritic Spines" has been accepted for publication in Neuron. This work was supported in part by JPND through the STAD project, selected in the 2015 JPco-fuND call.

Researchers have discovered a new class of molecules in the brain that synchronize cell-to-cell communication and neuroinflammation/immune activity in response to injury or diseases. Elovanoids (ELVs) are bioactive chemical messengers made from omega-3 very long chain polyunsaturated fatty acids (VLC-PUFAs,n-3). They are released on demand when cells are damaged or stressed.

Working in neuronal cell cultures from the cerebral cortex and from the hippocampus and a model of ischemic stroke, the researchers found that elovanoids not only protected neuronal cells and promoted their survival, but helped maintain their integrity and stability. The work is published in Science Advances.

Although the occurrence of very long chain polyunsaturated fatty acids has been well documented, what has not been known is their significance and potential to be converted into biochemical triggers to resolve injury, inflammation and other threats to neuronal communication and cell survival.

The researchers discovered the structure and characteristics of two elovanoids – ELV-N32 and ELV-N34 – in the brain. Starting with neuron cell cultures and then an experimental model of stroke, they found that elovanoids were activated when cells underwent either oxygen/glucose deprivation or excitotoxicity – early events associated with stroke, epilepsy, Parkinson's, traumatic brain injury and other neurodegenerative diseases. They determined the concentrations and therapeutic windows at which elovanoids conferred neuroprotection. The team found that elovanoids overcame the damaging effects and toxicity of these early events. In the stroke model, elovanoids reduced the size of the damaged brain area, initiated repair mechanisms and improved neurological/behavioral recovery. 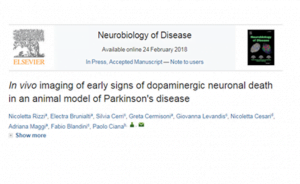 "In vivo imaging of early signs of dopaminergic neuronal death in an animal model of Parkinson's disease" has been accepted for publication in Neurobiology of Disease. This work was supported in part by JPND through the  GBA-PARK project, selected in the 2015 JPco–fuND call.

Nine out of ten patients with Parkinson's disease suffer from defects of the sense of smell in the early stages of the disease — often years before the appearance of the motor symptoms that are characteristic of the disease. The motor symptoms are caused by a loss of nerve cells in the region of the substantia nigra in the brain that is responsible for controlling movement. What causes this cell death has not yet been fully clarified, but a key role appears to be played by Lewy bodies. These are inclusions, inside the cells, that contain a misfolded, defective version of the alpha-synuclein protein. Lewy bodies are found in the olfactory bulb before they appear in the substantia nigra.

The so-called olfactory vector hypothesis for Parkinson's disease proposes that environmental factors, such as viruses, heavy metals or pesticides, are risk factors or even causes of the condition. No other sensory system than the olfactory system is in such close contact with the external environment — the inhaled air. The hypothesis posits that the disease-causing agent is introduced from the nasal cavity into the olfactory bulb, where Parkinson's disease is triggered and gradually spreads through other parts of the brain.

The human olfactory bulb remains poorly studied. Research on this brain structure depends critically on the availability of pristine samples, which are typically procured post mortem, from brain donors. The precarious location of the olfactory bulb below the bulk of the brain and the many axons that connect it to the olfactory mucosa mean that special efforts must be made to protect the morphology of the olfactory bulb when collecting the samples.

As glomeruli of the human olfactory bulb are difficult to count unambiguously, the researchers came up with a new, quantitative parameter: the global glomerular voxel volume. Having defined this new parameter, the researchers compared the values between olfactory bulbs from normal and Parkinson's disease cases, and found that it was reduced by more than half. Whether the decrease is the result of Parkinson's disease cases having fewer or smaller glomeruli, or is due to a combination of these two effects, remains to be seen. 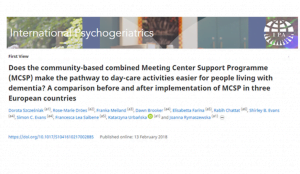 "Does the community-based combined Meeting Center Support Programme (MCSP) make the pathway to day-care activities easier for people living with dementia? A comparison before and after implementation of MCSP in three European countries" has been published in International Psychogeriatrics. This work was supported by JPND through the MeetingDem project, selected in the 2012 healthcare evaluation call. 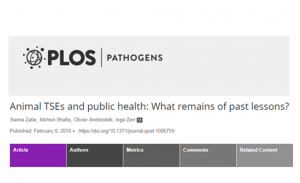 "Animal TSEs and public health: What remains of past lessons?" has been published in PLOS Pathogens. This work was supported in part by JPND through the DEMTEST project, selected in the 2011 biomarkers call. 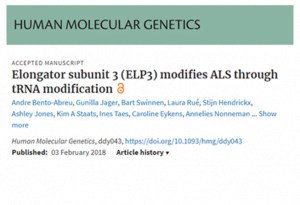 "Elongator subunit 3 (ELP3) modifies ALS through tRNA modification" has been accepted for publication in Human Molecular Genetics. This work was supported in part by JPND through the RiMod-FTD, STRENGTH, and ALS-CarE projects. 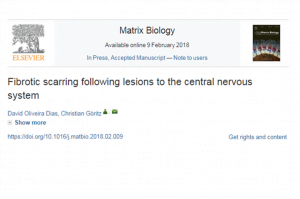 "Fibrotic scarring following lesions to the central nervous system" has been accepted for publication in Matrix Biology. This work was supported in part by JPND through the DACAPO-AD project, selected in the 2015 JPco-fuND call. 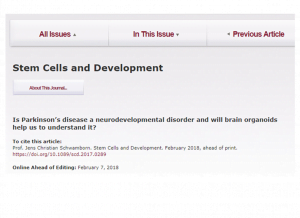 "Is Parkinson’s disease a neurodevelopmental disorder and will brain organoids help us to understand it?" has been accepted for publication in Stem Cells and Development. This work was supported in part by JPND through the 3DPD project, selected in the 2015 JPco-fuND call.

New research has proven the existence of an important interaction between the molecules involved in the two types of pathologies.

Parkinson’s disease and prion diseases are very different from each other in regards to both origins and course. A group of researchers has discovered an unexpected and important link between the two pathologies.

According to the study recently published Scientific Reports, the link is a result the complex interaction between two different proteins present in our nerve cells: α-synuclein, in its aggregated form, and the prion protein PrPC, the molecule which is responsible for Creuzfeldt Jacob disease.

The presence of α-synuclein deposits in brain cells is typical of diseases technically called synucleinopathies, including Parkinson’s disease, dementia with Lewy bodies and multiple system atrophy. However, the modalities according to which these aggregates form and spread were unknown. The study reports α-synuclein actually makes use of the action of the prion protein to spread and deposit in the brain. This seems to favour the formation of these deposits and their spreading among brain cells.

But that’s not all. While the activity of the prion protein seems to support the development of synucleopathies, α-synuclein deposits seem to slacken the course of prion diseases. The research has proven that α-synuclein fibrils block the deposit of prions in nerve cells, thus preventing their replication. This surprising effect is corroborated by further evidence already found in the pathology: the course of the disease progression is slower in patients affected by prion diseases presenting α-synuclein deposits in nerve cells.

Reprinted from materials provided by SISSA.