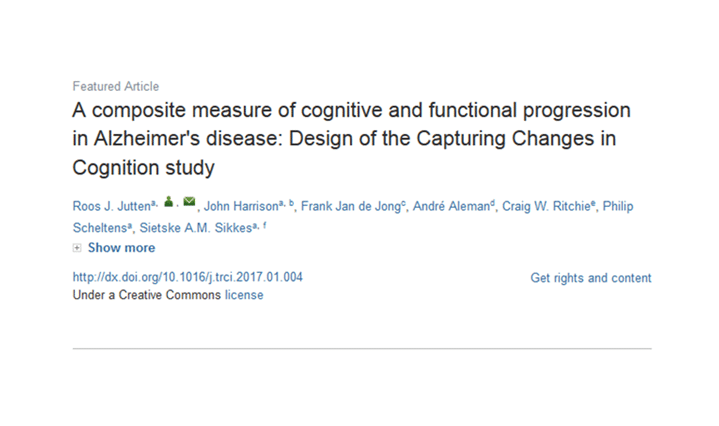 “A composite measure of cognitive and functional progression in Alzheimer’s disease: Design of the Capturing Changes in Cognition study” has been published in Alzheimer’s & Dementia: Translational Research & Clinical Interventions. This work was supported in part by JPND through the EURO-SCD project, selected in the 2013 preventive strategies call.

Older people who followed a Mediterranean diet retained more brain volume over a three-year period than those who did not follow the diet as closely, a new study published in Neurology shows. But contrary to earlier studies, eating more fish and less meat was not related to changes in the brain.

The Mediterranean diet includes large amounts of fruits, vegetables, olive oil, beans and cereal grains such as wheat and rice, moderate amounts of fish, dairy and wine, and limited red meat and poultry.

Researchers gathered information on the eating habits of 967 Scottish people around age 70 who did not have dementia. Of those people, 562 had an MRI brain scan around age 73 to measure overall brain volume, gray matter volume and thickness of the cortex, which is the outer layer of the brain. From that group, 401 people then returned for a second MRI at age 76. These measurements were compared to how closely participants followed the Mediterranean diet.

The participants varied in how closely their dietary habits followed the Mediterranean diet principles. People who didn’t follow as closely to the Mediterranean diet were more likely to have a higher loss of total brain volume over the three years than people who followed the diet more closely. The difference in diet explained 0.5 percent of the variation in total brain volume, an effect that was half the size of that due to normal aging.

The results were the same when researchers adjusted for other factors that could affect brain volume, such as age, education and having diabetes or high blood pressure.

There was no relationship between grey matter volume or cortical thickness and the Mediterranean diet.

Paper: “Mediterranean-type diet and brain structural change from 73 to 76 years in a Scottish cohort”
Reprinted from materials provided by the American Academy of Neurology.

“Unravelling endogenous MicroRNAs system dysfunction as a new pathophysiological mechanism in Machado-Joseph disease” has been accepted for publication in Molecular Therapy. This work was supported in part by JPND through the SynSpread, ESMI and ModelPolyQ projects.

Researchers have identified a link between Huntington’s disease and dysfunction of the subthalamic nucleus, a component of the basal ganglia, a group of brain structures critical for movement and impulse control.

Huntington’s disease is characterized by the progressive loss of nerve cells in the brain and affects approximately 1 in 10,000 people. This fatal disorder is caused by a hereditary defect in a single gene.

The study was published in the journal eLife.

Currently, there is no cure for Huntington’s disease; treatment can only alleviate some of the symptoms. A better understanding of aberrant brain receptor signaling that leads to nerve cell dysfunction could reveal a target for therapy, according to the authors.

Paper: “Early dysfunction and progressive degeneration of the subthalamic nucleus in mouse models of Huntington’s disease”
Reprinted from materials provided by Northwestern Medicine.

“No association between gluten sensitivity and amyotrophic lateral sclerosis” has been published in the Journal of Neurology. This work was supported in part by JPND through the SOPHIA, STRENGTH, and ALS-CarE projects.

The main changes in our brains as we get older are in the brain cells with a supporting role, called glial cells, scientists have found.

The surprising finding is published in the journal Cell Reports.

The researchers also found that the greatest changes in glial cells as we age are in the brain regions most often damaged by neurodegenerative disease, like Alzheimer’s and Parkinson’s.

The discovery suggests the interactions between glial cells and neuronal cells, the nerve cells active in mental function and forming memories, should be a focus of future dementia, Alzheimer’s and Parkinson’s disease research.

The scientists analysed brain tissue samples from 480 healthy people who were between 16 and 106 years old when they died. They looked at patterns of gene expression in neuron and glial cells in 10 different brain regions.

They used dedicated computational analyses – involving data mining and machine learning approaches – to examine the cell populations present in images scanned from stained brain sections. Each image would typically include hundreds of thousands of brain cells and is scanned in high resolution.

Most of the samples were provided by a UK brain bank, the Sudden Death MRC brain bank, based in Edinburgh, which stores post mortem brain tissue donated for research. This large resource, confirmed by samples from other brain banks, allowed the team to tell the story of how healthy human brains age.

The team’s findings and the new resource of data this research has generated provide an important foundation for future studies that apply a similar approach to learn more about neurodegenerative diseases.

Reprinted from materials provided by the Francis Crick Institute. 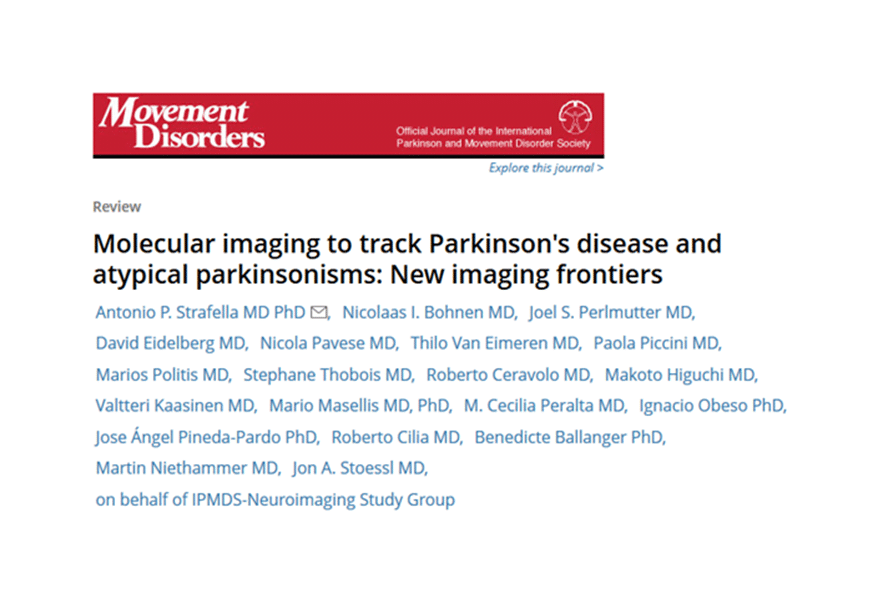 “Molecular imaging to track Parkinson’s disease and atypical parkinsonisms: New imaging frontiers” has been published in Movement Disorders. This work was supported in part by JPND through the ASAP SynTau project, selected in the 2016 brain imaging call.

A new laboratory study provides clues on a particular pathway of alpha-synuclein diffusion.

Researchers have found that alpha-synuclein, a protein involved in a series of neurological disorders including Parkinson’s disease, is capable of travelling from brain to stomach and that it does so following a specific pathway. The study, carried out in rats, sheds new light on pathological processes that could underlie disease progression in humans. It was published in the journal Acta Neuropathologica.

Alpha-synuclein occurs naturally in the nervous system, where it plays an important role in synaptic function. However, in Parkinson’s disease, dementia with Lewy bodies and other neurodegenerative diseases termed “synucleinopathies”, this protein is accumulated within neurons, forming pathological aggregates. Distinct areas of the brain become progressively affected by this condition. The specific mechanisms and pathways involved in this widespread distribution of alpha-synuclein pathology remain to be fully elucidated. Clinical and experimental evidence suggests however that alpha-synuclein – or abnormal forms of it – could “jump” from one neuron to another and thus spread between anatomically interconnected regions.

Alpha-synuclein lesions have also been observed within neurons of the peripheral nervous system, such as those in the gastric wall. In some Parkinson’s patients, these lesions were detected at early disease stages.

With the help of a tailor-made viral vector the researchers triggered production of human alpha-synuclein in rats. The virus transferred the blueprint of the human alpha-synuclein gene specifically into neurons of the midbrain, which then began producing large quantities of the foreign protein, which is associated with some forms of Parkinson’s disease.

Tissue analysis by collaborators revealed that, after its midbrain expression, the protein was capable of reaching nerve endings in the gastric wall. Further work established the precise pathway used by human alpha-synuclein to complete its journey from the brain to the stomach. The protein first moved from the midbrain to the “medulla oblongata”, the lowest brainstem region; in the medulla oblongata, it was detected within neurons whose long fibers form the “vagus nerve”. Fibers of the vagus nerve connect the brain to a variety of internal organs; travelling within these fibers, human alpha-synuclein was ultimately able to reach the gastric wall about six months after its initial midbrain expression. Progressive accumulation of human alpha-synuclein within gastric nerve terminals was accompanied by evidence of neuronal damage.

“Discovery and functional prioritization of Parkinson’s disease candidate genes from large-scale whole exome sequencing” has been published in Genome Biology. This work was supported in part by JPND through the COURAGE-PD project, selected in the 2012 risk factors call.