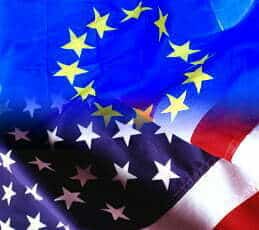 The aim of the conference was to showcase JPND and to attract the attention of potential American partners in order to achieve their possible future affiliation. The event was well attended, with approximately 40 participants from scientific institutes, universities, industry, NGOs, European embassies, and US government departments and agencies.

The conference program consisted of two sessions. The first, entitled Mechanisms of Joint Programming Initiatives, began with an overview of the research strategy agenda of JPND provided by Prof. Philippe Amouyel, chair of the JPND Management Board. Further mechanisms of JPND functioning were presented by Mr. Enda Connolly, chief executive of the Health Research Board of Ireland. Prof. Ronald Petersen, president of the US Alzheimer’s Plan, elaborated on the implementation of the National Alzheimer’s Project Act in the US.

The second session of the conference, Opportunities for Potential International Collaborations, started with an overview of international neuroscience research endeavors at the National Institute on Aging offered by Dr. Neil Buckholtz, director of the Division of Neuroscience at NIA. Prof. Yves Joanette, scientific director of the CIHR Institute of Aging (Canada), presented firsthand experience of collaboration with JPND as the first “third country” joining the program. Canada’s accession to JPND is an example of the positive influence exerted by the emphasis on science, technology, research, and innovation within the draft Canada-EU Comprehensive Economic and Trade Agreement (CETA). The session concluded with Dr. William Thies, chief medical and scientific officer of the Alzheimer’s Association, showcasing global activities of the Alzheimer’s Association.

The conference showed that JPND is a mature platform of collaboration that has already solidified a strong research agenda across European stakeholders. The most recent Call for Proposals was issued to research teams from over 20 countries on December 10, 2012 and, as Prof. Amouyel explained, this investment is part of a series of annual JPND funding initiatives over the next three years that will address priority areas identified in our European Research Strategy.

JPND has also already attracted strong commitments and involvement from third-country members such as Canada.  The successful Canadian accession to JPND, which took place on May 4, 2012, was a particularly telling example. The conference helped identify several potential areas of mutual interest, such as platforms for open access data and standardization of laboratory procedures. The action plan for accession of the US to JPND will be further developed by the JPND Management Board, together with the respective American partners, beginning with scientific-level discussions to agree on the main areas of mutual interest.

The conference demonstrated, above all, that Joint Programming Initiatives, as exemplified by JPND, can be an attractive mechanism for fostering EU-US R&D collaboration. It is conceivable that other JPIs may follow suit in attracting American accession, thus providing much-needed solid outcomes.

Presentations delivered at the meeting can be found at the links below.
Source:  http://bridges.ostina.org