A new and versatile imaging technique enables researchers to trace the trajectories of whole nerve cells and provides extensive insights into the structure of neuronal networks.

Lesions caused by traumatic brain damage, stroke and functional decline due to aging processes can disrupt the complex cellular network that constitutes the central nervous system, and lead to chronic pathologies, such as dementia, epilepsy and deleterious metabolic perturbations. But exactly how this happens is unknown. Researchers have now refined a novel imaging technique that allows them to visualize and monitor these structural alterations in neuronal networks. The new findings appear in the journal Nature Methods.

Nerve cells transmit electrical impulses over long distances along fibrous connections called axons, which extend from the cell body where the nucleus resides. Indeed, many neurons in the brainstem possess axons that project as far as the base of the spinal column. Thus damage to these axons can affect the function of parts of the central nervous system that are remote from the actual site of injury. The new imaging method is based on a clearing-and-shrinkage procedure that can render whole organs and organisms transparent, making – for instance – the full length of the rodent spinal cord accessible to optical imaging. Moreover, the technique is applicable down to the level of individual cells, which are labeled with fluorescent protein tags and can be visualized under the microscope by irradiating them with visible light. This enables researchers to map complex neuronal networks in rodents in 3D, a significant step in revealing the enigma behind the human brain.

Because essentially all cell types – including immune cells and tumor cells – can be specifically labeled with the aid of appropriate fluorescent markers or antibodies, the new method can be employed in a broad range of biomedical settings. Furthermore, the images obtained can be archived in a database and made available to other researchers, which should help reduce unnecessary duplication of studies.

A new multimillion pound study to detect Alzheimer’s disease has been announced. The Deep and Frequent Phenotyping study is funded by the National Institute of Health Research and the MRC and hopes to dramatically improve the success rate of clinical trials for treatments in Alzheimer’s disease.

This landmark £6.9million research project has been designed to identify measurable characteristics, known as biomarkers, which can detect the occurrence of Alzheimer’s disease very early on in the progression of the disease – when a person may have no obvious symptoms.

Between 2002 and 2012, 99% of clinical trials into treatments for Alzheimer’s disease failed. A probable reason for the high failure rate is that treatments are being tested on those who already have irreparable damage to the brain. It is likely that treatments will be more effective in slowing or stopping further at onset of dementia at earlier stages of the disease. Also, by targeting people in the earlier stages, it should be possible to design better clinical trials for treatments that make a real difference and improve people’s lives.

The multisite team, led by the University of Oxford, will work with colleagues at eight UK universities and the Alzheimer’s Society, with the project also receiving support from a coalition of biopharma companies.

The Deep and Frequent Phenotyping study will recruit 250 volunteers from existing study cohorts led by the Dementias Platform UK, and tests will be carried out over the course of 12 months.

Together, the researchers will perform up to 50 tests on 250 volunteers from Dementias Platform UK cohorts, including new tests that have never been used before to detect dementia. The tests will include wearable devices that will give researchers detailed information on people’s movement and gait, and sophisticated retinal imaging that will look at subtle changes affecting a person’s central and peripheral vision.

These potential new biomarkers will be used alone and alongside tests such as brain imaging and assessment of memory and other cognitive functions. They will allow the researchers to recognise the early stages of the disease and those who may be suitable for trials of possible treatments.

“This is the first major clinical study based on Dementias Platform UK and the results could be game changing for dementia research,” said Dr Rob Buckle, director of science programmes at the MRC and JPND Executive Board member. “Our goal is to find treatments that can slow down or even stop the progression of Alzheimer’s disease. Finding biomarkers for clinical trials is crucial for fast-tracking decisions as to whether a trial should stop or continue, and the faster we can find out which drugs work and which ones don’t, the faster we can benefit patients. An ability to deliver more cost-effective clinical trials would also encourage investment and increase the number of such studies in the future.”

Reprinted from materials provided by the University of Oxford. 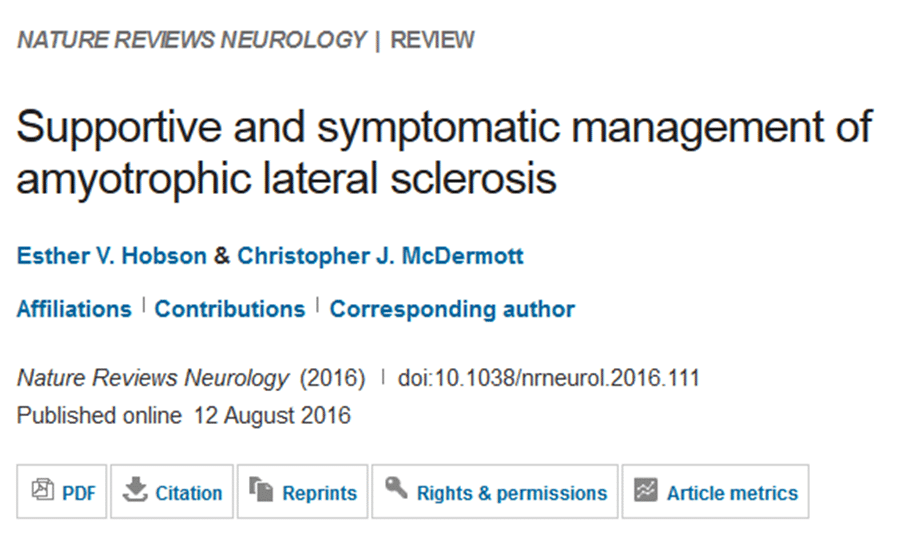 ”Supportive and symptomatic management of amyotrophic lateral sclerosis” has been published in Nature Reviews Neurology. This work was supported in part by JPND through the ALS-CarE project, selected under the 2012 healthcare call. 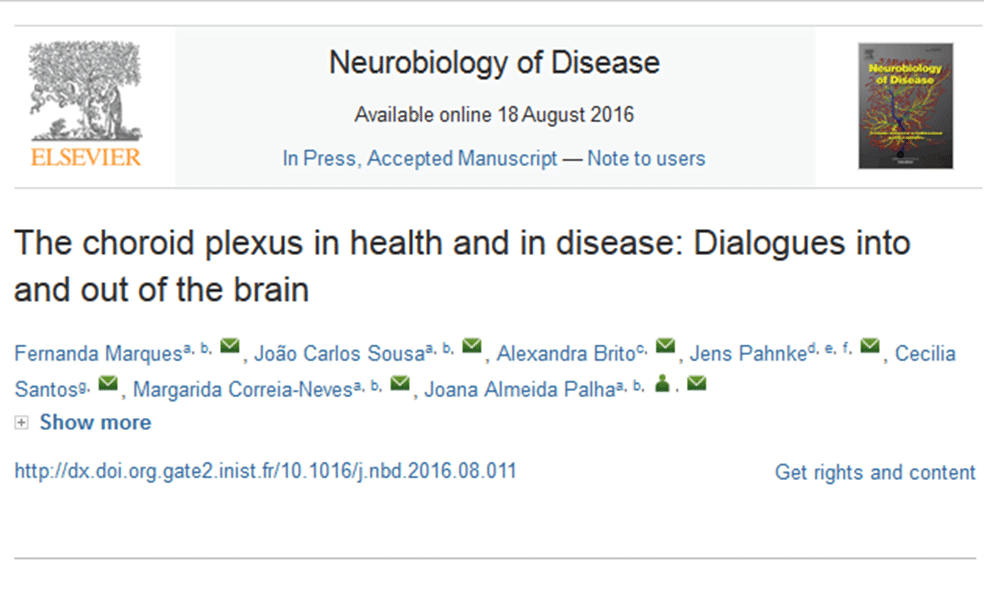 ”The choroid plexus in health and in disease: Dialogues into and out of the brain” has been published in Neurobiology of Disease. This research was supported in part by JPND through the NeuroGem project, selected under the 2013 cross-disease analysis call, and PROP-AD, selected under the 2015 JPco-fuND call. 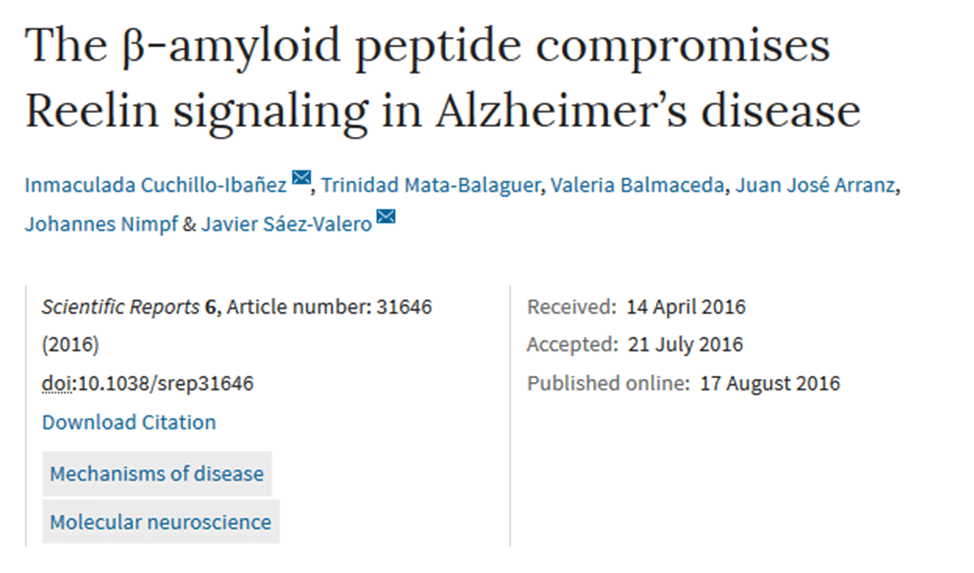 ”The β-amyloid peptide compromises Reelin signaling in Alzheimer’s disease” has been published in Scientific Reports. This research was supported in part by JPND through the BiomarkAPD project, selected under the 2011 biomarkers call. 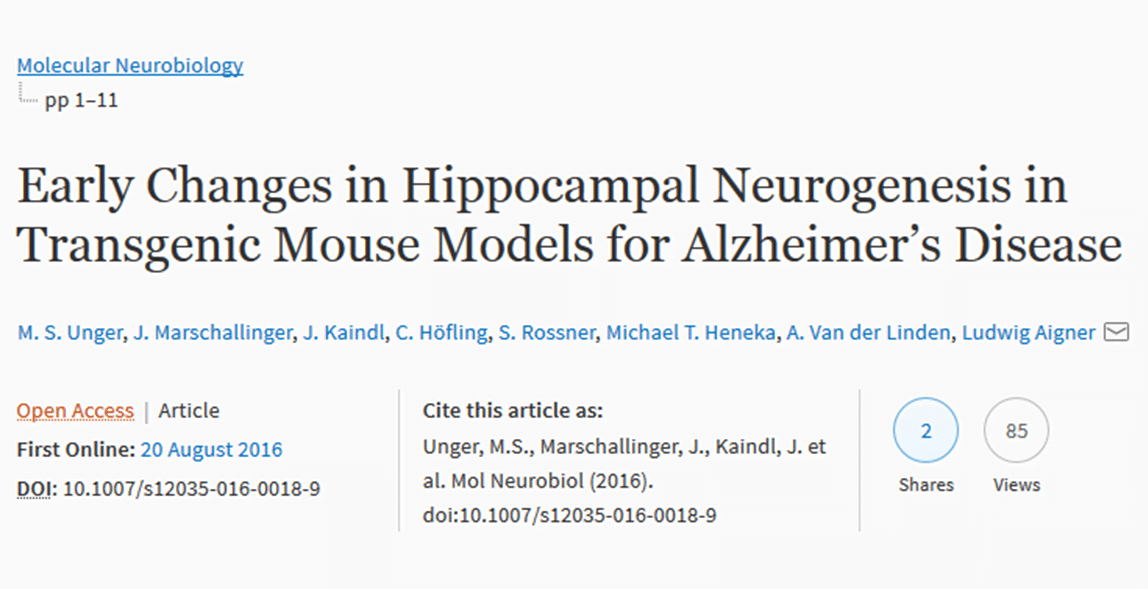 ”Early Changes in Hippocampal Neurogenesis in Transgenic Mouse Models for Alzheimer’s Disease” has been published in Molecular Neurobiology. This research was supported in part by the CrossSeeds project, selected for support in the 2013 cross-disease call.