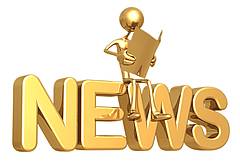 The EU Joint Programme on Neurodegenerative Disease Research (JPND) has awarded funding to ten multi-national research teams in order to increase understanding of the factors that contribute to the quality and delivery of health and social care for neurodegenerative diseases.

Current research suggests strong potential for improving quality of life for those living with neurodegenerative diseases such as Alzheimer’s disease and Parkinson’s disease, with novel health and social care concepts and innovations focusing on the preservation of dignity, independence and social inclusion. Nevertheless, the availability and quality of such services vary considerably across Europe and beyond.

JPND has selected ten teams with ambitious, innovative and multi-disciplinary collaborative projects that address health and social care at both the macro level of systems and infrastructures and the individual level of patients, carers and families.

“While waiting for new treatments to emerge from basic and translational research, we need to support projects that could deliver immediate impactful developments which health and social care research and innovation may be able to achieve. This includes new insights that point to the potential for improved patient empowerment, civic participation and quality of life,” said Professor Philippe Amouyel, Chair of JPND. “Our hope is that this work will lead to the adoption of novel health promotion strategies that will reduce the impact of disease for patients as well as for their families and carers.”

The ten projects were recommended for funding by an independent, international Peer Review Panel based on scientific excellence with input from the JPND advisory board on patient and public involvement. Proposals are presented in alphabetical order according to their acronym.

OPTIM-PARK
Optimization of community resources and systems of support to enhance the process of living with Parkinson’s Disease: a multisectoral intervention

SHARED
Social Health And Reserve in the Dementia patient journey