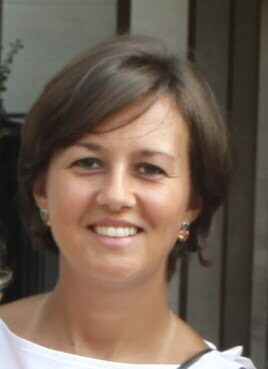 Researchers on the NAB3 project, which is supported by JPND, are working toward more precise in vitro models of the blood-brain barrier under Alzheimer’s conditions

A lack of representative models
One of the major challenges in the development of new diagnostic tools and therapeutic approaches for Alzheimer’s disease is the successful passage of drugs across the blood-brain barrier, a membrane that acts as a natural defense system to keep potential toxins in the bloodstream from entering the central nervous system.

Enter NAB3
For Francesca Re, a biochemist at the University of Milano-Bicocca, it was clear that the introduction of in vitro models of the blood-brain barrier in Alzheimer’s-specific conditions had the potential to accelerate new findings. In 2015, when JPND launched its JPco-fuND call together with the European Commission, she and her collaborators applied for a JPco-fuND grant to try to bring this new model to fruition. The application was successful: their consortium, NAB3, was one of 21 projects selected for support.

Launched at the start of 2016, the three-year project aims to combine different cellular types and organotypic brain slices or neuronal cultures to achieve an in vitro model of the human blood-brain barrier in the Alzheimer’s disease state. “The whole NAB3 team is really excited about the development of this model,” Re said.  “It’s a critical next step and will represent an innovative and highly valuable new tool for drug design and testing that we hope to be able to make available to other researchers in academic labs and pharmaceutical companies.”

A coordinated European effort
With partners based in five European countries – France, Germany, Italy, the Netherlands and Portugal – the NAB3 project brings together expertise from across the continent and in a range of different fields, including genetic engineering, physiology, neurobiology, neuroanatomy and biochemistry. “In my opinion, the most promising advances in the Alzheimer’s field come as a result of international collaboration,” Re said. “The multidisciplinary research synergies built into the NAB3 project offer an unprecedented opportunity to make rapid and meaningful progress in the fight against Alzheimer’s disease.”

Each lab participating in the project contributes different but complementary knowledge and skills to the effort, and Re is optimistic that by working together and with persistence, NAB3 will succeed. “Each challenge offers us the opportunity to take a step forward, because every problem has a solution,” she said. “As my mentors have shown me, the key is to never give up.”