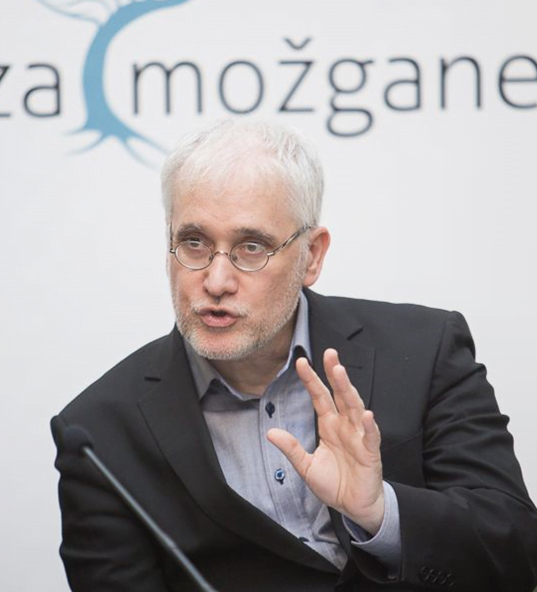 “The challenge is global, so the action must be global – yours and mine!”

What is the general perception of JPND in Slovenia?
Of the many initiatives of which I am aware, JPND is probably the most well-perceived and, from the organisational point-of-view, the most advanced. The idea of JPND is very nicely perceived within both the political and research spheres, and also from the clinical perspective.  This is probably one of the reasons why, in 2015, Slovenia is hosting three major events associated with Dementia –  Alzheimer Europe, the European Alzheimer’s Disease Consortium, and a Vascular Dementia conference – all of these events were somehow facilitated by JPND being part of the new Slovenian philosophy on neurodegeneration.

How are Slovenian researchers performing in JPND initiatives?
Slovenian researchers were part of the first call (2011) – where we participated in two consortia – BIOMARKAPD and DEMTEST, and both of these have facilitated networking and increased the level of standards among Slovenian scientists.  It is interesting that although the recent recession has reduced the amount of money available for research, the researchers themselves wrote a letter to the Ministry asking them to support the JPND initiatives.

Are there initiatives in Slovenia for supporting researchers willing to apply for JPND funding?
There were very energetic initiatives when JPND was established and when the first call was launched in 2011.  However, due to the recent recession and global financial crisis, this support has been more verbal than actual. However, the Directorate for Science at the Ministry of Education, Science and Sport is striving to get funding for the JPND calls in 2016. It is also very good that recently the Ministry of Health expressed an interest in JPND, particularly in more clinically-oriented studies and also in palliative care, so we have now their verbal promise that they will join the boat.

What do you think is the main benefit for your country for participating in JPND?
For Slovenia, as a small country of 2 million people, the consequences of the first call were very, very great for Slovenia.  It not only advanced our neuroscience but, importantly, it allowed us to conduct extensive networking at the time of the first call.  Probably JPND is the reason why we are one of the rare successful countries to apply for the TEAMING project, and we are in the first phase. We are also more successful in applying for international calls – one of our successes is a project in which, together with Norwegian   colleagues, we are trying to establish a dementia-friendly city in one of the smaller cities – Telja.  Additionally, through the JPND     initiative to identify young leaders or ambassadors of dementia, we founded a group of several of them and in fact two of them had a very active role in the G7 London JPND meeting and also the WHO  Ministerial meeting in Geneva.

And your Ministry? Are there benefits to being a member of the JPND Management Board?
Certainly. As a rather small, newly-emerged country, it is very important for our scientists as well as our politicians to make the right priorities, based on the right values.  Being a part of a larger group of scientists as well as politicians certainly helps that we are making the right choices.  So being part of the MB of JPND is very important, particularly because of its philosophy, as scientist/clinicians are forced to sit with their colleagues from the Ministry, so the decision is logical and economically sound.