Researchers have identified — and shown that it may be possible to control — the mechanism that leads to the rapid build-up of the disease-causing ‘plaques’ that are characteristic of Alzheimer’s disease.

The ability of biological molecules, such as our DNA, to replicate themselves is the foundation of life. It is a process that usually involves complex cellular machinery. However, certain protein structures manage to replicate without any additional assistance, such as the small, disease-causing protein fibres — fibrils — that are involved in neurodegenerative disorders, including Alzheimer’s and Parkinson’s.

These fibrils, known as amyloids, become intertwined and entangled with each other, causing the so-called ‘plaques’ that are found in the brains of Alzheimer’s patients. Spontaneous formation of the first amyloid fibrils is very slow, and typically takes several decades, which could explain why Alzheimer’s is usually a disease that affects people in their old age. However, once the first fibrils are formed, they begin to replicate and spread much more rapidly by themselves, making the disease extremely challenging to control.

Despite its importance, the fundamental mechanism of how protein fibrils can self-replicate without any additional machinery is not well understood. In a study published in Nature Physics, a team led by researchers from the Department of Chemistry at the University of Cambridge used a powerful combination of computer simulations and laboratory experiments to identify the necessary requirements for the self-replication of protein fibrils.

The researchers found that the seemingly complicated process of fibril self-replication is actually governed by a simple physical mechanism: the build-up of healthy proteins on the surface of existing fibrils.

The researchers used a molecule known as amyloid-beta, which forms the main component of the amyloid plaques found in the brains of Alzheimer’s patients. They found a relationship between the amount of healthy proteins that are deposited onto the existing fibrils, and the rate of the fibril self-replication. In other words, the greater the build-up of proteins on the fibril, the faster it self-replicates.

They also showed, as a proof of principle, that by changing how the healthy proteins interact with the surface of fibrils, it is possible to control the fibril self-replication.

Paper: “Physical determinants of the self-replication of protein fibrils”
Reprinted from materials provided by the University of Cambridge 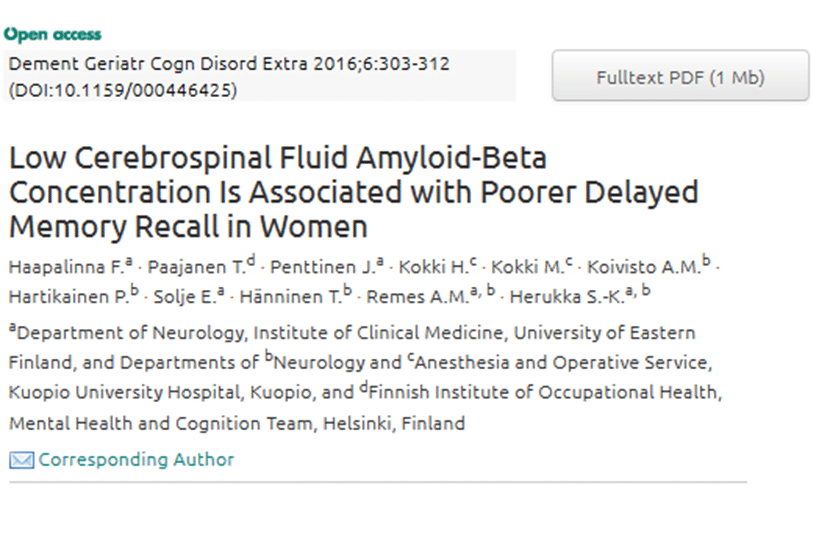 “Low Cerebrospinal Fluid Amyloid-Beta Concentration Is Associated with Poorer Delayed Memory Recall in Women” has been published in Dementia and Geriatric Cognitive Disorders Extra. This research was supported in part through the BIOMARKAPD project, selected in the 2011 biomarkers call. 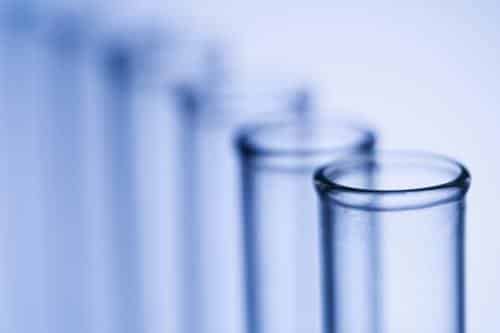 In light of the United Kingdom’s 2016 referendum on membership to the European Union, the Medical Research Council (MRC), which represents the UK at the JPND Management Board, affirms that it will continue to pursue a collaborative, international research agenda and sees European science links as highly important within the international scientific landscape.

The MRC will continue to play a full and active role in both JPND and the Network of Centres of Excellence in Neurodegeneration (COEN), and will provide ongoing support for the participation of UK researchers in existing consortia as well as within future calls.

The AgedBrainSYSBIO consortium, a four-year project on brain ageing funded by the European Commission under the Health Cooperation Programme of the 7th Framework Programme, is hosting a public workshop, Normal and pathological brain ageing: from systems biology to the clinic.

The workshop, to be held on October 19, 2016, at the Imagine Institute in Paris, will bring together clinicians, biologists, bioinformaticians and statisticians to present the latest advances in the field.

To view the preliminary programme and register for the workshop, visit the AgedBrainSYSBIO website. 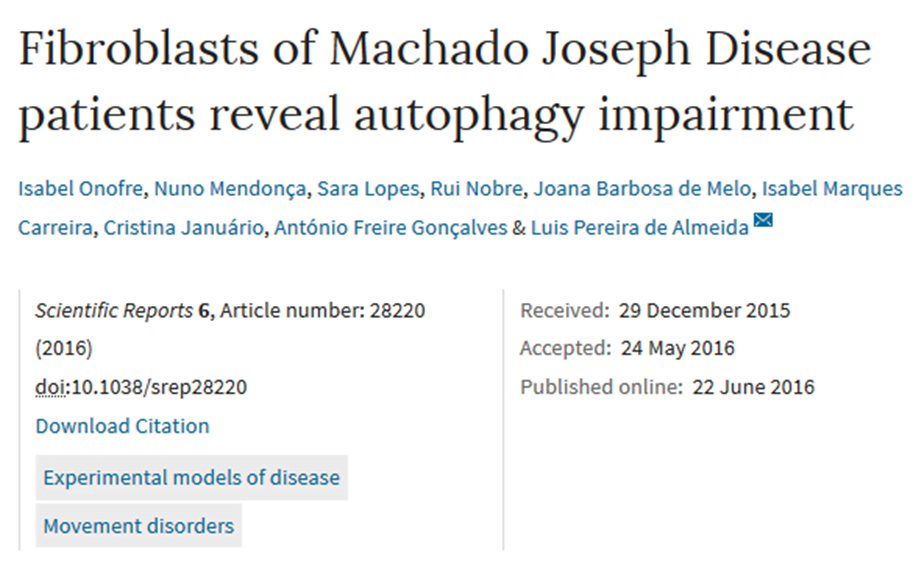 “Fibroblasts of Machado Joseph Disease patients reveal autophagy impairment” has been published in Scientific Reports. This research was supported in part by JPND through the  ModelPolyQ project, selected for support under the 2015 JPco-fuND call, and the SynSpread project, selected for support under the 2013 cross-disease call. 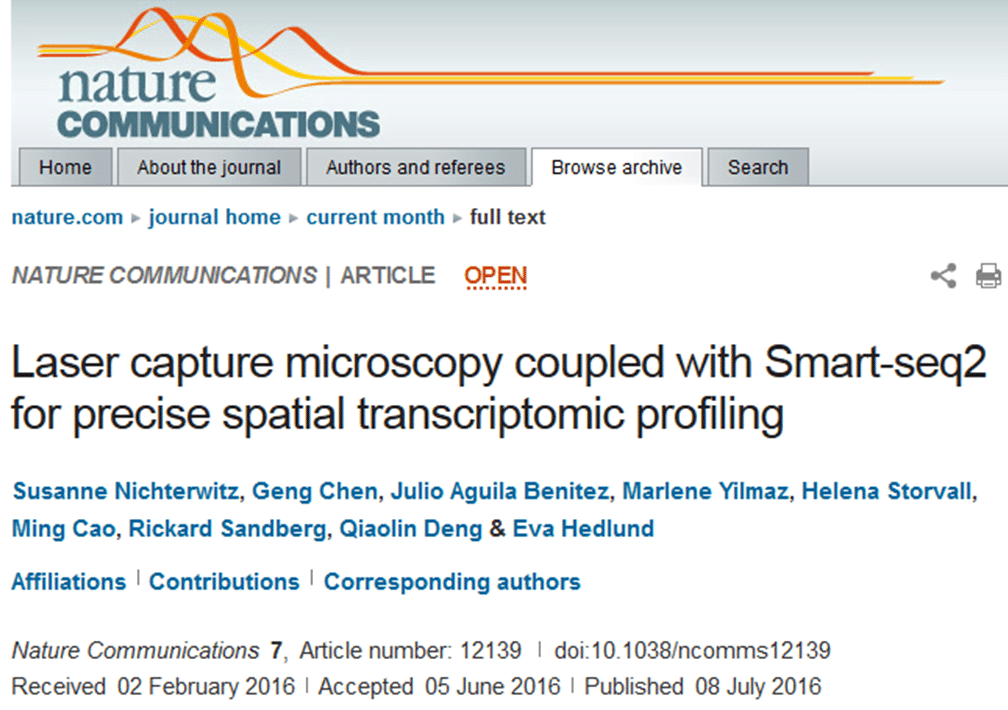 “Laser capture microscopy coupled with Smart-seq2 for precise spatial transcriptomic profiling” has been published in Nature Communications. This research was supported in part by JPND through the DAMNDPATHS project, selected under the 2013 cross-disease analysis call.

A gene associated with Alzheimer’s disease and recovery after brain injury may show its effects on the brain and thinking skills as early as childhood, according to a study published in Neurology.

Prior studies showed that people with the epsilon(ε)4 variant of the apolipoprotein-E gene are more likely to develop Alzheimer’s disease than people with the other two variants of the gene, ε2 and ε3.

For the study, 1,187 children ages three to 20 years had genetic tests and brain scans and took tests of thinking and memory skills. The children had no brain disorders or other problems that would affect their brain development, such as prenatal drug exposure.

“These findings mirror the smaller volumes and steeper decline of the hippocampus volume in the elderly who have the ε4 gene,” said study author Linda Chang, MD, of the University of Hawaii in Honolulu.

Limitations of the study include that it was cross-sectional, meaning that the information is from one point in time for each child, and that some of the rarer gene variants, such as ε4ε4 and ε2ε4, and age groups did not include many children.

Paper: “Gray matter maturation and cognition in children with differentAPOEε genotypes”
Reprinted from materials provided by the American Academy of Neurology.

“Pittsburgh compound B imaging and cerebrospinal fluid amyloid-β in a multicentre European memory clinic study” has been published in Brain. This research was supported in part by JPND through the BiomarkAPD project, selected under the 2011 biomarkers call. 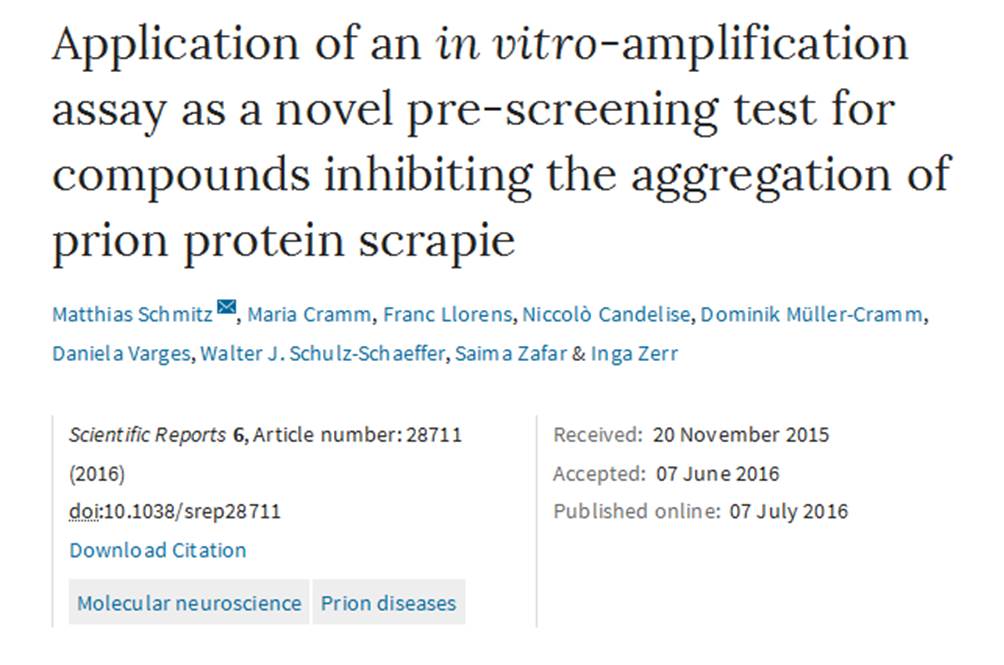 “Application of an in vitro-amplification assay as a novel pre-screening test for compounds inhibiting the aggregation of prion protein scrapie” has been published in Scientific Reports. This research was supported in part by JPND through the DEMTEST project, selected under the 2011 biomarkers call.

While strokes are known to increase risk for dementia, much less is known about diseases of large and small blood vessels in the brain, separate from stroke, and how they relate to dementia. Diseased blood vessels in the brain itself, which commonly is found in elderly people, may contribute more significantly to Alzheimer’s disease dementia than was previously believed, according to new study results published in The Lancet Neurology.

“Cerebral vessel pathology might be an under-recognized risk factor for Alzheimer’s disease dementia,” the researchers wrote.

The study analyzed medical and pathologic data on 1,143 older individuals who had donated their brains for research upon their deaths, including 478 (42 percent) with Alzheimer’s disease dementia. Analyses of the brains showed that 445 (39 percent) of study participants had moderate to severe atherosclerosis — plaques in the larger arteries at the base of the brain obstructing blood flow — and 401 (35 percent) had brain arteriolosclerosis — in which there is stiffening or hardening of the smaller artery walls.

The study found that the worse the brain vessel diseases, the higher the chance of having dementia, which is usually attributed to Alzheimer’s disease. The increase was 20 to 30 percent for each level of worsening severity. The study also found that atherosclerosis and arteriolosclerosis are associated with lower levels of thinking abilities, including in memory and other thinking skills, and these associations were present in persons with and without dementia.

The study examined which cognitive difficulties are caused by vessel diseases and whether vessel disease and Alzheimer’s are more destructive in tandem than they would be alone. An editorial in The Lancet Neurology that accompanied the study findings noted that while other studies have indicated that proactive measures like eating a selective diet and getting regular exercise might protect people against getting Alzheimer’s, those interventions might actually be acting on non-Alzheimer’s disease processes, such as cerebrovascular disease.

The participants in the study published in Lancet Neurology came from two (RADC) cohort studies, the Religious Orders Study and the Rush Memory and Aging Project, which have followed people older than 65, in their communities, for more than two decades. Participants receive annual health assessments and agree to donate their brains for research upon their deaths. The Lancet Neurology study used clinical data gathered from participants from 1994 to 2015, and pathologic data obtained from examination of the brains donated for autopsy, and used regression analyses to determine the odds of Alzheimer’s dementia and levels of cognitive function, for increasing levels of brain vessel diseases.